This post is NOT about TTC.  Crazy, right?!  I figured I need some happy right now, so instead of moaning and groaning in another post, I’ve decided to write about something that makes me incredibly happy this time of year…my favorite Christmas movies!  So…here we go!

You guys give up? Or are you thirsty for more?

I was around the age of 7 when this came out in 1990, and I wanted Kevin McAllister to be my best friend. He actually looked a lot like my cousin, who was the same age as me and who I grew up with.  The two of us would spend hours playing and trying to set up booby traps around the house, just wishing that our parents would accidently leave us at home alone.  I owned a Talkboy.  Yes, I was a fan.

Never EVER feed him after midnight.

Ok.  Not your typical family Christmas classic, I’ll admit.  But I can’t help it.  I frickin’ LOVED this movie growing up.  I wanted a mogwai so bad it hurt!  Funny enough, the gremlins did not scare me.  It was that creepy bitch Mrs. Deagle!  Walking around with a decapitated snowman, riding that creepy contraption up the stairs.  I was glad to see her go.

Why am I such a misfit? 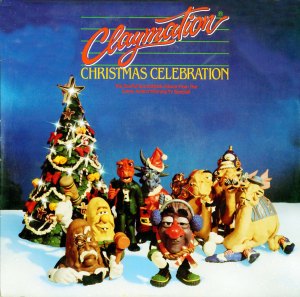 Here we go a waffling

Just put one foot in front of the other!

Rudolph The Rednosed Reindeer, A Claymation Christmas, Santa Claus Is Comin’ To Town

This one is 3 fold.  Why?  Because they aren’t technically full length movies.  And because I couldn’t decided between them.  And because it’s my list and I can do what I want.  Let me just put this out there…I LOVE CLAYMATION.  I wish there was more claymation in the world.  It would make me fantastically happy.

Rudolph.  The story is as old as they come.  Everyone knows the song.  And in my opinion, every little kid should know who Hermey, Yukon Cornelious, and Bumble are.  And seriously, what a great story about being a misfit and not fitting in and not letting that stop you in anything you want to do.  You want to be a dentist and not an elf?  You go for it, Hermey.  Even though I’m 90% positive that “dentist” is code for “gay” in 1964.  Look at that fabulous swoopy hairdo.

Will Vinton’s A Claymation Christmas was a must-see at Christmas time in my house.  I would literally watch it over and over and over until my mother had to lock herself in the bathroom to get away from the neverending Christmas tunes.  The Carol of the Bells was my absolute favorite part.  Although I never giggled until now about Quasimodo being the conductor.  Quasimodo.  Bells.  Ha!

Santa Claus Is Comin’ To Town.  Another claymation classic!  Who doesn’t love a story of how Santa came to be?  And who knew he was a ginger?!  Plus, the fact that Santa started out as an outlaw makes him pretty badass. He was a rascal, that Kris Kringle.  No wonder Jessica fell for him!

I remember piling into the library every year in elementary school and having this read to us.  It was always the best day!  We got to wear pj’s and house shoes to school, we got snacks and tiny silver bells of our own.  Next to the Teddy Bear Picnic day in the library, this was always my favorite!  Funny enough, although this movie came out in 2004, when I was working my way through college in a VIDEO STORE no less, I only watched this movie for the first time last year.  I was home alone one night before Christmas, not sure where the hubby had gone off to, and it was on TV.  So I watched.  And my heart melted.  And I cried.  And cried.  And cried.  And cried even a little more.  I pretty much lost it when he talked about how his friends could no longer hear the bell.  It probably didn’t help that I was on an increased dosage of Clomid at the time.  Or the fact that it was my first Christmas after two failed pregnancies that year.  Despite all that, this movie still makes me SO happy.  I cannot wait to start a Polar Express Christmas tradition with my someday family.

Don’t you believe in Santa Claus?

This movie is the reason I truly believed in Santa Claus.  There was not a doubt in my mind that the man in this film was the real deal.  I was certain of it.  Just look at him!  Have you ever seen a more perfect Santa?!  I fell in love with him and Mrs. Claus and the elves {Oh, Patch!} and the reindeer!  In my mind, this was the North Pole, no doubt about it.  To this day, my parents always come over to our house on Christmas Eve night to exchange gifts.  And this movie is always playing on the tv.  I can only  hope that someday my children will believe in this Santa just like I did.

So there’s my list!  There are so many more I could add, some I thought of while making this list!  But that’s all for now.  I’m interested to hear your favorite Christmas movies now!