The thought of having to worry about birth control is actually hilarious to me. Also, the thought of getting pregnant again {right now} frightens me. A lot.

We have opted to NOT go on birth control. No pill. No mini pill. No nuva ring. Nothing.

What, are we crazy?! Maybe. Do I want to get pregnant again while caring for a newborn?  Absolutely not. But I do have my reasons.

I’ve never liked being on the pill. And I liked it even less when I found out I’d pretty much been taking it for nothing all those years.  I’m not good at remembering to take my medications. I did so well while TTC and while pregnant because it wasn’t about me then. Now that Mason is here I can barely remember my prenatal vitamin every day.

Another reason is the Factor V and clotting issue. Dr. L said if I changed my mind he’d put me on a progesterone only pill for this very reason. Still not interested.

And finally,  I just need a break. For 3 years I pumped myself full of medications and hormones and hormones and more hormones. It made me crazy and an absolute wreck. I don’t even remember what it was like to feel “normal”. I know you IF mommas/future mommas get this.

So I decided that’s it. I’m done putting this stuff into my body everyday. At least for a little while. I guess I just need a cleanse of some sort. I want to get back to ME. Or at least some version of the person I’m pretty sure I used to be. The emotional roller coaster of dealing with infertility and loss changed me, yes, but the constant flow of medications I was on changed me in a way I couldn’t control. It affected the way I dealt with things. The way I treated the people in my life. So yeah, I’m done with the hormones for now. And that means birth control.

I talked it over with the hubby. I don’t think we have anything to worry about as far as accidently getting pregnant. After all, it took us 3 years to get our take home baby with LOTS of medical intervention. BUT… there’s always that chance. You hear the stories. We’ve heard it a million times while TTC. My brother’s best friend’s cousin had trouble getting pregnant with their first, then they magically got pregnant with their second a week after they had the baby!  Or something to that extent. So I told Hubs that if he really wanted me to go back on the pill, I would. I don’t want to, and he said he was ok with that. But I was clear that he had to be ok with the very slim chance that we could “accidently” get pregnant in the next year before we’re ready. Surprisingly, he said he was ok with taking that chance.

His sentiments were kind of the same as mine. We don’t want another baby right now. It was be hard. Having just one is hard! But, if by some crazy chance we got pregnant on our own with my polycystic ovaries and my one lonely fallopian tube, who are we to be upset about that?? It would be a miracle, and we would treat it as such. I would be one crazy momma a year from now, but we would be grateful for the miracle. 😉

So that’s that. We are not going back on birth control. And we are not actively trying to get pregnant. A year from now we plan to sit down and decide if we want to try for a second baby. Until then, whatever happens, happens!

My ultrasound on the 17th showed some good and bad news.  Good news is, I am ovulating. Yay! Bad news is, its on the wrong ovary. Boo!  Having a missing fallopian tube can really be a bummer.  So I’m basically sitting this month out, which is a little depressing and frustrating when I know there are perfectly good follicles just waiting to make a baby on that left ovary with absolutely nowhere to go.

On the bright side, the letrozole is working, much better than the clomid ever did.  And chances are I’ll be ovulating on the right ovary next cycle {fingers crossed}.  If my cycle resembles any sort of normalcy {which lets be honest, it never has} then AF should show up around September 6th, and we can get on with it.  Who knew I’d ever be looking forward to that happening??

On another note, I think I may be losing my mind.  I’ve been doing this for two years now.  Provera, Clomid, Provera, Clomid, Provera, Letrozole, etc, etc, etc.  It’s true that most of the time I’m an emotional wreck.  I cry at ridiculous moments. I snap at people I love for no reason.  I cry some more at some even more ridiculous moments.  But here lately, it seems to be getting the best of me.  I feel more on edge, more anxious, and more stressed about little stuff {mostly at work} that never bothered me before.  More than once in the last few weeks I’m broke down in tears at work because I’ve just felt so overwhelmed.  I feel like maybe all the hormones are finally catching up to me?  I spoke with an older friend at work {who is an RN} privately about this, and she suggested that I tell Dr. L whats going on and see if maybe he can prescribe a low dose something or other to help take the edge off.  She told me that there was no shame in taking something as needed short term, especially since I legitimately seem to need it.

I’ve never taken any sort of antidepressant/anxiety medicine.  I’m very reluctant about it even now.  But I’m getting to the point where functioning normally at my job at a daily basis is getting more and more difficult.  I don’t want to be that girl.  You know… “Oh, don’t worry about her. She’s just having another emotional breakdown. *whispers* She’s on fertility meds.”  Yeah. That girl.  But I am. I am that girl.  People make excuses for me because of all the hormones I’m on.  Hell, I make excuses for myself!  And I hate it.

So, here I am.  I can’t even bring myself to make the phone call.  I almost feel like if I make that call and ask for help, it means I’m weak and I can’t handle this.  And I can handle this.  I’ve been through too much to not be able to handle this now.  But I don’t know if I can keep going the way I’ve been going.  I’m a few breakdowns shy from everyone {including myself} thinking I’ve completely gone off my rocker.  And quitting this process is not an option.  I’m probably way overdue for taking a break from TTC.   I wish I had enough sense to do that, but I want this too bad.  I will not stop until we’ve made a baby.  We will have to exhaust every single option there is out there, and even then I think my uterus will have to fall out before I finally give up. 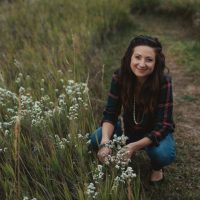 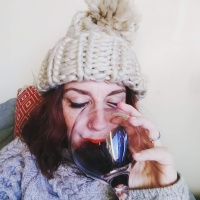